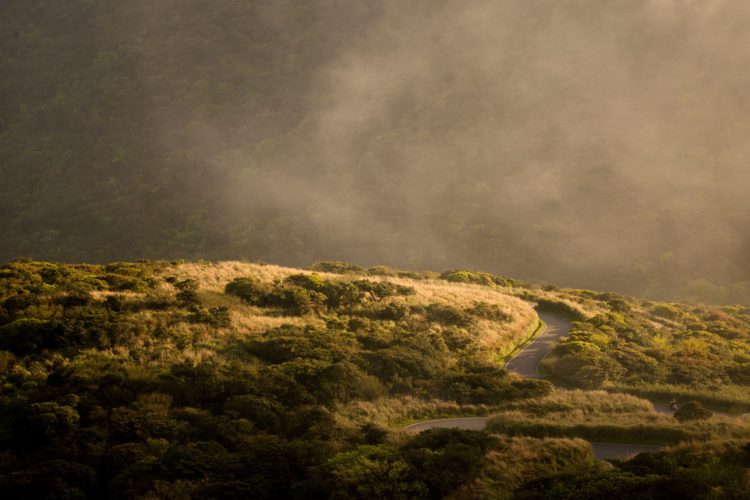 2015 was a year of nail-biting volatility on global markets, geopolitical upheaval and glacial progress on the economic front

The New Year’s festivities were barely over, signing off on a difficult year for investors, when the fireworks started all over again on global markets. In the first two weeks of 2016 Australian and US shares recorded their worst start to the year ever and the Aussie dollar dipped below US70c. These market events can be traced back to China.

Chinese authorities halted trading on its sharemarkets twice in the opening days of 2016 after stocks fell more than 7 per cent. They also cut their currency from its daily fixed rate against the US dollar. This follows the surprise 2 per cent cut to the renminbi in August last year.

China’s attempts to stabilise its markets have raised concerns about the ability of the central authorities to maintain control. But behind the current global market wobbles is uncertainty about China’s transition from a rapidly developing, manufacturing-led economy to a consumption-driven one.

While the current market turmoil is troubling, it’s not new.

The year that was

2015 was a year of nail-biting volatility on global markets, geopolitical upheaval and glacial progress on the economic front. Sound familiar? Yet despite all the noise, markets ended with more of a whimper than a bang. What’s more, local investors in real estate and shares exposed to rising consumer confidence did very nicely. And as 2015 drew to a close, markets received the news they had been waiting for.

After much delay and speculation, the US Federal Reserve finally lifted interest rates in December for the first time in nearly 10 years, from zero to a range of 0.25-0.5 per cent. This may not seem like much, but it is widely viewed as an official vote of confidence in the US economic recovery.

Just as it’s said that when the US sneezes the rest of the world catches cold, the reverse is also true. A strengthening US economy is good news for Australia and the health of the global economy in general.

It also removes a major source of uncertainty for global financial markets.

A year for stockpickers

Uncertainty certainly played havoc with global sharemarkets over the northern summer. Greece threatened to default on its loans and exit the Eurozone but didn’t, Chinese shares fell back to earth and Wall Street dropped 1,000 points on August 24 in a so-called flash crash.

Yet by the end of the year Chinese shares were up almost 13 per cent and Wall Street finished essentially flat. The Dow Jones fell 2.4 per cent while the broader S&P 500 was down 0.7 per cent. This pattern was repeated in Australia, where the ASX 200 finished 2.1 per cent lower while the All Ordinaries was down 0.8 per cent.

While the end of quantitative easing and a rise in interest rates weighed heavily on US shares, the reverse was true in Japan and Europe. The Bank of Japan and the European Central Bank increased their monetary stimulus in 2015, sending stocks higher.

More than ever, 2015 was a year when it paid for investors to be choosy. In the US, while energy stocks dragged the market down, the automobile and retail sectors rose 8 per cent.

The pattern was similar here. Energy and resources stocks also dragged the Australian market lower, but the auto and components sector jumped 42 per cent. At the same time, the diversified financials, transport, food and beverage, pharmaceuticals and retail sectors were up by 20 per cent or more.

Australian Key Indices as at 31 December 2015

The Australian economy remained sluggish in 2015, with growth of about 2.25 per cent, well below the global average of 3.1 per cent.

Mining-related activity continued to slow and business investment in other areas of the economy remained weak, leaving shoppers and house buyers to do most of the economic heavy-lifting. As Reserve Bank Governor, Glenn Stevens remarked in September, our economy is growing, “albeit not as fast as we would like”.i

Like other commodity exporting nations, Australia has been hit hard by falling commodity prices and a slowdown in the Chinese economy.

China’s growth slipped below 7 per cent, a far cry from the double-digit growth at the height of its development boom. Even so, China remains the world’s second largest economy, accounting for close to one third of world growth last year.

The slowdown in the global economy and weaker demand from China took its toll on commodity markets in 2015. As demand fell, major oil and iron ore producers ratcheted up supply to knock weaker competitors out of the market thereby pushing prices to new lows.

While this was good news for motorists and consumers generally, it was bad news for producers and investors. As the graph below shows, commodity prices have fallen further and for longer than anyone anticipated. The Reserve Bank index of commodity prices fell 17 per cent in Australian dollar terms last year alone.

The picture was much the same for agricultural commodities. Beef and wheat prices fell 31 per cent and 20 per cent respectively. In fact, the only major commodity to rise was wool (up 20 per cent) so it was back to the future as once again Australia rode the sheep’s back.

Australian residential property was the reigning asset class in 2015. According to CoreLogic RP Data, prices for capital city dwellings rose by 7.8 per cent in 2015. Dig a little deeper though, and it was very much a tale of two cities. All the action was in Sydney and Melbourne, where prices jumped more than 11 per cent. The market went backwards in Perth, Darwin, Adelaide and Hobart.

As the year wore on, concerns about housing affordability, rising home loan interest rates, falling yields and tighter controls on investor lending began to take the wind out of the market’s sails. In the December quarter, prices in Sydney and Melbourne retreated 2.3 per cent and 1.9 per cent respectively.

The wealth effect from the housing boom, together with a stronger jobs market put a spring in the step of Australian consumers.

The Westpac Melbourne Institute Index of Consumer Sentiment rose to 100.8 in December, up 10 per cent compared to a year earlier. Most of this increase occurred after the switch from Tony Abbott to Malcolm Turnbull as Prime Minister in September.

In an encouraging sign of a pick-up in economic activity, unemployment fell to 5.8 per cent in December, down from 6.1 per cent a year earlier. But wage growth was the weakest on record, at just 2.26 per cent in the year to September.

Business conditions also showed signs of improvement towards the end of the year, especially in service sectors, including retail. According to the NAB Monthly Business Survey, the non-mining sector recovery gained traction even though business confidence remained ‘somewhat subdued’.

Interest rates and the dollar

While the US has started lifting interest rates, Australia moved in the opposite direction. The Reserve Bank cut the cash rate twice in 2015, taking it from 2.5 per cent to 2 per cent.

However, the major banks broke ranks and increased their mortgage rates, especially for investor housing loans. This was in response to regulatory changes designed to shore up the banks’ capital and cool the over-heated property market.

With inflation at a low 1.7 per cent, the Reserve Bank indicated after its November and December meetings that there is scope for further rate cuts to boost economic activity if needed.

The Reserve Bank’s commitment to low rates helped keep the Aussie dollar on its downward glide path, while falling commodity prices and renewed strength in the US economy and its currency did the rest. The Aussie dollar started the year at US82c and finished 11 per cent lower at US73c.

The US interest rate rise is a sign that the tectonic plates on global financial markets are shifting, albeit very slowly. The US Fed has indicated that future rate hikes will be cautious and gradual. In 2016, one of the big questions will be what impact this will have on Australia and the rest of the world.

The main impact for Australia is likely to be on the dollar which is also impacted by weaker commodity prices and slowing demand from China. AMP chief economist Shane Oliver suggests the Aussie dollar could head to around US60c in 2016.ii

That’s potentially good news for our exporters and service providers in the inbound tourism and education industries. Low interest rates and slow wages growth are also supportive of a gradual increase in business investment.

The other issues likely to preoccupy investors in the year ahead will be the extent of China’s economic slowdown and geopolitical tension across Europe and the Middle East. Markets will be monitoring both for an indication that commodity prices have bottomed.

The upshot is that volatility is likely to continue in 2016, and that brings opportunities as well as challenges. Like last year, investors who focus on assets and market sectors in tune with the times will be rewarded.

i ‘Opening statement to the House of Representatives standing committee on economics’,
Glenn Stevens, 18 September 2015 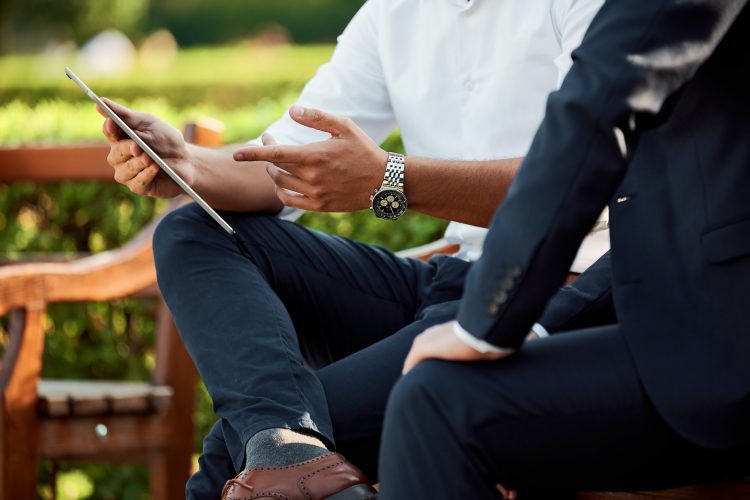 As we make our way towards the end of the year, we would like to thank you, our clients, for working hard with us to ensure that your financial affairs are in excellent shape.The last eighteen months have created various […]

Learning from Little Ones 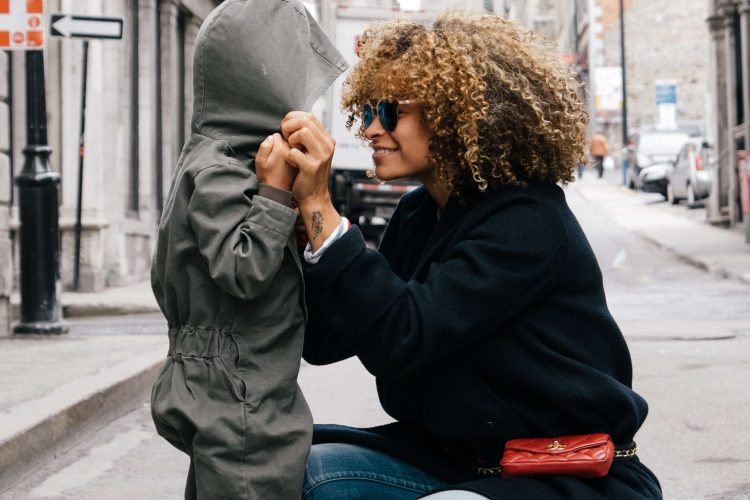 There’s a reason kids’ quotes are popular topics everywhere from Twitter and Instagram to forums and blogs. Before little ones learn manners and pick up on the subtle ‘rules’ of social interaction in different contexts, they’re pretty happy to say […] 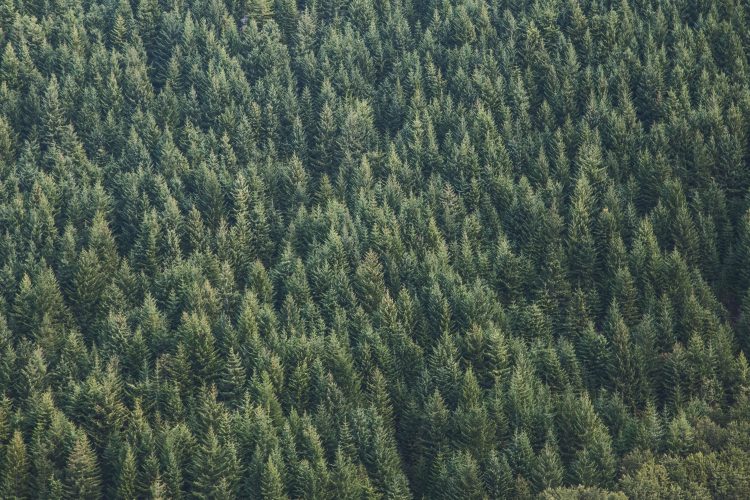